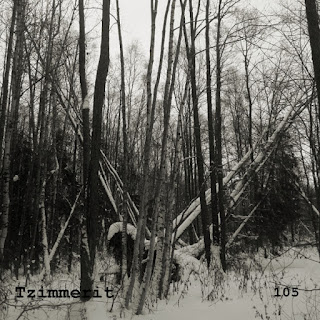 December 08, 2019 St. Petersburg label Inhermanland Files released 20th release - the 1st debut album of industrial project Tzimmerit from Saint Petersburg under title 105 in the form of 7 WAV tracks. All presented material was recorded from January to December 2019.
This release is available in various formats in file-hostings as BandCamp.

All info in Label catalog:
inhermanland.blogspot.com/p/catalog.html 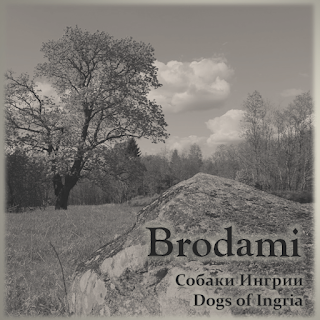 December 26, 2017 St. Petersburg label Inhermanland Files released 19th release - the 1st debut single of neofolk project Brodami from Saint Petersburg under title Собаки Ингрии Dogs of Ingria in the form of 3 FLAC/MP3 tracks. All presented material was recorded from August to December 2017.
This release is available in formats FLAC und MP3 in file-hostings as BandCamp.

All info in Label catalog: http://inhermanland.blogspot.com/p/catalog.html

IF: What does the title of your musical project means?

FDC: It simply translates as "The Combat Band" (as a military formation) or just "The Combat Group".it has very little  to do with any political ideology. I took the name from the Italian organization officially called  "Fasci Italiani di Combattimento" and created by Mussolini in 1914. Yeah, i know. This automatically makes me a fascist or a neo-Nazi, right?! Well, human ignorance, narrow-mindedness and stupidity are blooming in this generation and nowadays.  Nothing surprises me anymore. A name is just a name and it doesn't mean much if it's not intended in that way. For example:  If i decide to name my next project ''Skull and Bones'', does that makes me a free mason, Illuminati or a member a secret society? The answer is simple. It doesn't!

IF: Tell the story of your music project. How it all began?

FDC: Well, the initial idea was born in early 2009, and it finally began to took shape in July-August of the same year. Since i already had a sort of a martial industrial / electronic background in the face of "Schutzstaffel", the next logical step for me was to evolve into something different and rather personal.
[...]
read full text of interview in interviews block:
http://inhermanland.blogspot.ru/p/interviews.html
at 4/09/2016 01:53:00 PM 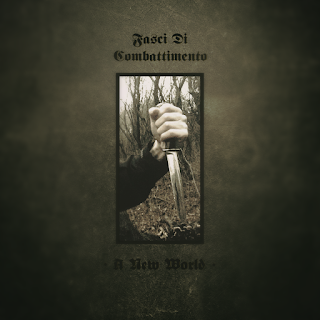 March 15, 2016 St. Petersburg label Inhermanland Files released 18th release - the 1st full-length album of martial industrial project Fasci Di Combattimento from Bulgary under title A New World in the form of 10 FLAC/MP3 tracks. All presented material was recorded in 2014-15.
This release is available in formats FLAC / MP3 und other in file-hosting as BandCamp.